It was an enthusiastic and well versed audience that assembled to celebrate the launch of Norvik Press’ two new publications, the latest additions to the “Lagerlöf in English” series; Anna Svärd and Mårbacka. The translators, Linda Schenck and Sarah Death, were in attendance, joined by Janet Garton, director and co-founder of Norvik Press.

The panel was chaired by Professor John Mullan, the Acting Dean of the Faculty of Arts and Humanities, UCL, who was most entertaining in making the panel very accessible for those less familiar with the work of Norvik Press and of Selma Lagerlöf. The book launch also served as a celebration of Norvik Press’ 30th anniversary, its first book having been published back in 1986.

The panel presented to us Anna Svärd, the final volume of Lagerlöf’s Löwensköld Ring trilogy and originally published in 1928, translated by Linda Schenck, who explained the enduring appeal of Lagerlöf’s works. She described Anna Svärd, and Lagerlöf’s works in general, as being “mischievious” and at the same time “very serious”, and pointed out that Selma Lagerlöf’s continuing appeal is evident as we are witnessing somewhat of a “Lagerlöf renaissance”. There was discussion about the need for a re-translation of Lagerlöf’s works, to continue to bring these novels into the English speaking world, even if the funding for such a project could be hard to come by.

Mårbacka, translated by Sarah Death and originally published in 1922, is the first of another of Lagerlöf’s trilogies, and is a work of “autofiction”, as the translator herself put it; a fictionalised account of Selma Lagerlöf’s childhood in her family home, told through the innocent eyes of a young Selma herself.

These new publications are two additions to a large collection of translated books published by Norvik Press, set up to raise awareness for the “overlooked classics”, as Janet Garton described them, of Scandinavian literature, whether contemporary or not. The panel joked about how Norvik Press had not been immune to the Nordic Noir trend, having recently published the crime fiction title Walpurgis Tide  by Faroese writer Jógvan Isaksen.

Janet Garton also mentioned how the publishing house was now made up of an all-female team, which is somewhat refreshing and perhaps accounts for the prevalence of female writers in the list of Norvik Press’ publications. Overall, there was a feeling that Norvik Press was still succeeding in what it set out to do, and these new publications show that, even at 30, Norvik Press is indeed still going strong. 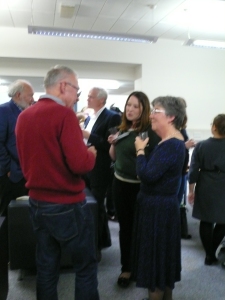 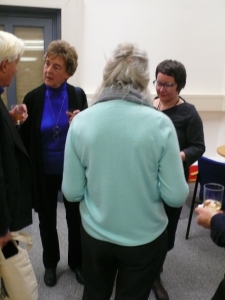 For those wanting to take a peek inside our latest Norwegian publication, here are the first few pages of Little Lord, by Johan Borgen, translated by Janet Garton. The launch for the book is November 14, 2016 with details coming soon. If you like what you read, it is available to buy at all good book stores and online > 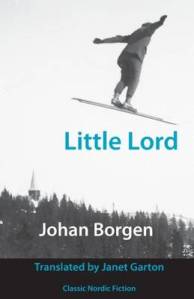 Norvik Press is thrilled to announce the publication of its English translation of Johan Borgen’s Norwegian classic Little Lord.

Johan Borgen’s Little Lord is the story of the adolescent Wilfred Sagen, nicknamed Lillelord (Little Lord) by his mother, who is growing up in Kristiania, later to become Oslo, in the years just before the first World War. The novel focuses on a period of about 18 months, from early 1912 to autumn 1913, when Wilfred is 14-15 years old, although there are many flashbacks to his earlier life. He is a precocious only child, the darling of the family, intellectually far ahead of his class, a gifted piano player and sophisticated art lover. Yet behind this polished façade there is another Wilfred, an adventurer who seeks out risk, who steals out of the house at night and roams the streets of Kristiania, the leader of a band of boys who steal, capable of violence and of arson. As time goes on it becomes increasingly difficult for him to keep the two sides of his personality distinct, and he eventually has a breakdown, which leaves him incapable of speech, literally silences him. He is taken to Vienna to see a psychiatrist – whose name is not mentioned, but who bears a striking resemblance to Freud – and is seemingly cured, though the psychiatrist warns him that his neurosis needs long-term therapy if he is to be properly healed. Wilfred returns to his old double life, but his desperation is only repressed, not resolved, and eventually the past catches up with him and he runs out of places to hide.

Borgen’s novel is a Bildungsroman, a study of a young boy growing up and his intellectual, emotional and sexual initiation into adulthood. It is a study of psychosis, and a portrait of the artist as a young man. It is a city novel; the reader can follow Wilfred’s excursions around the map of Kristiania/Oslo from the comforts of his upper-middle-class home on Drammensveien, across the bay by ferry to the pastoral idyll of Bygdøy, by tram to the east-end poverty of Grünerløkken or in Uncle Martin’s automobile up to the open-air display ground in Etterstad. It is also a cultural and historical study of a whole society, one on the brink of a devastating upheaval which will change the lives of all its members irrevocably.

Available at all good bookstores and online>